How passive-tilting can boost drone speed and efficiency?

How passive-tilting can boost drone speed and efficiency?

Quadcopter drones usually need to tilt the front down when flying forward. This increases the frontal area and creates drag. A new experimental drone circumvents this problem by simply tilting its rotors. 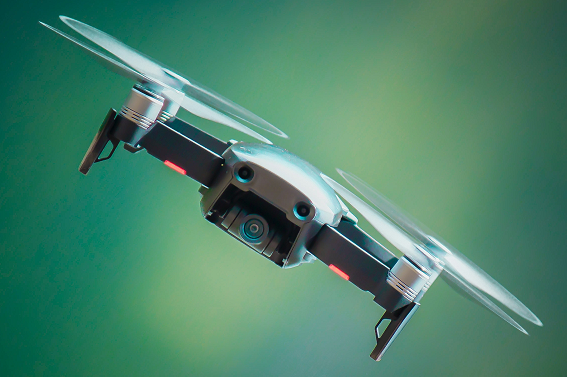 Developed by a team at the University of California, Berkeley, the aircraft is known as QUARTM, which stands for “Quadcopter with Unactuated Rotor Tilting Mechanism”. It features a rectangular body with four arms, each containing a rotor/motor module at the end. Rather than being rigidly connected to the body, the arms are all connected to the body via spring-loaded hinges.

With this design, the spring keeps the rotor aligned and level with the body when moderate thrust is being generated. However, when sufficient thrust is generated, the rotor arm overcomes the force of the spring and temporarily tilts up to 20 degrees in the forward flight direction relative to the rest of the drone.

This allows the copter to move forward while keeping the aircraft level, thus reducing drag. More importantly, unlike other tilt-rotor drones, the tilting mechanism does not require electric actuators and the thrust already produced by the rotors does all the work.

During outdoor test flights, the QUARTM drone flew autonomously both with and without the tilt mechanism activated. When the mechanism was activated, the aircraft was able to achieve a 12.5% ​​higher top speed, and also improved high-speed agility (maximum “crash free cruising speed” which was 7.5% higher). Additionally, power consumption has been reduced by more than 20% at speeds ranging from 15 to 20 meters (49 to 66 feet) per second.

This article is referenced from here.