What is altimeter and how does it works ?

What is altimeter and how does it works ? 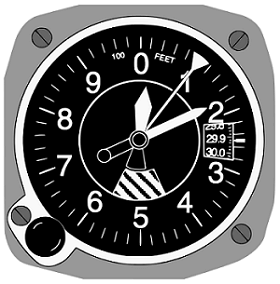 A pitot-static tube of this system is located at a suitable position on the aircraft for the airstream to sense, the static pressure of the atmosphere and total or pitot pressure. A pitot tube is opened at the forward end is used to measure the total air pressure from the forward motion of the aircraft. Static tube has small holes at measured positions around the tube, through which air at the surrounding atmosphere is entered. These two tubes are placed parallel to each other vertically. 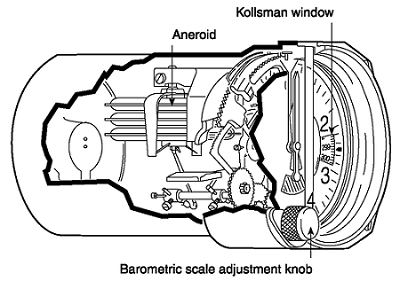 The standard sea-level atmospheric pressure is 14.7 lbf/in2 which is 29.921 in Hg or 1013.25 mbar. In altimeter aneroid barometer is used. In an aneroid barometer, the pressure sensing is done on an evacuated metal capsule through the static tube of the pitot-static system. The instrument is prevented from collapsing through a strong leaf spring, because of pressure difference inside and outside of this capsule. At equilibrium, the outside pressure is balanced by the tension of the spring. The aneroid barometer with a scale markings makes the altimeter.